Bound by Honor 45 – A Time for War, A Time for Peace by Keith R.A. DeCandido

Jorn and Ja’Jim get together to discuss Keith Decandido’s A Time for War, A Time for Peace, yet another masterful work of Klingon literature telling 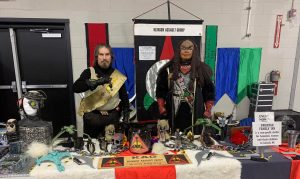 On April 2, 2022, the Executioner, flagship of Dark Star Quadrant, warped to the McDowell Municipal Event Center in Marion, NC to invade the Marion 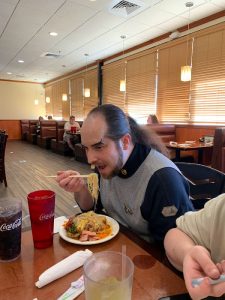 ATTENTION WARRIORS!!! On March 19th the e Crews of KPV Krimson Fury, 2nd Lt. Krikala tai-Hov che’, 2nd Lt. Dronoss tai-Hov che’, and son Cadet 2nd Lt. Gartok tai-Hov che’; and IKV Executioner L,t. Cmdr. Martok vestai lunqIj and Keela zantai-Septaric Invaded the Habatchi Grill in Hickory NC. after the Con to Feast and Drink in Celebration of a Successful Away Mission. Much Good Food was Eating and Many Songs were Sung of Our Glorious Victory. It was A Good Day to Dine Qapla’!!!!! 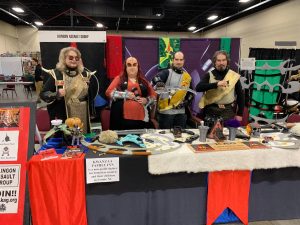 ATTENSION WARRIORS!!!! On the 19th of March in a Joint Mission the Crews of KPV Krimson Fury, 2nd Lt. Krikala tai-Hov che’, 2nd Lt. Dronoss tai-Hov che’, and son Cadet 2nd Lt. Gartok tai-Hov che’; and IKV Executioner L,t. Cmdr. Martok vestai lunqIj and Keela zantai-Septaric Beamed down to the Hickory Comic Con where they proceeded to set up a Surveillance display to Represent “KAG” and monitor and engage with the Humans who were attending. Much Intel and Appreciation was gathered along with Donations totaling $681.00 in Human Currency to support The Kwanzaa Family Inn Women’s Shelter. It was a Glorious Day Qapla’!!! 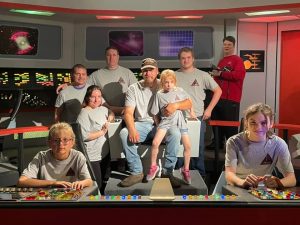 Let me preface this AER by giving a big shout out to my crew. Our original mission was canceled due to weather, but they were 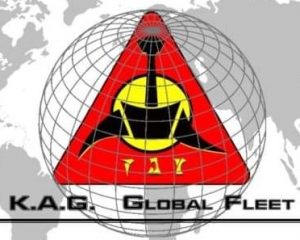 Global Fleet Commander, Captain qorDan Sutai-QanaSon (Mike McVeigh) talks with tovaQ QanaSon who (Kirill Shilov) all the way from Khimki, Russia. Wondering what it is

Bound by Honor 44 – The Art Of The Impossible by Keith R.A. DeCandido

On this episode, Jorn and Ja’Jim discuss Keith Decandido’s The Art of the Impossible, considered by many to be among the best of Keith’s Star