What's in a Uniform?

A Klingon, of course! (We do not provide the Klingon, that is YOUR Duty.)

It is up to the members to create or purchase their own Uniforms. However, your ship’s QuarterMaster can assist you in that pursuit. QuarterMasters are equipped with the knowledge of how Uniforms are constructed, and where the materials can be obtained. They often can sell Uniforms to ship members at a substantial discount.

While the term “uniform” brings to mind ranks of troops with identical looks, Klingons have not had a singular look since the Original Series. Every iteration of Star Trek has brought changes to the style and appearance of our beloved people.

Here is a selection of some of those styles.

Klingons from The Original Series are considered “Classic Klingons”.

Classic Klingons often require the minimum amount of work to get started, usually a simple black outfit with a gold vest, with or without a sash, is enough. Little or no make-up is required. 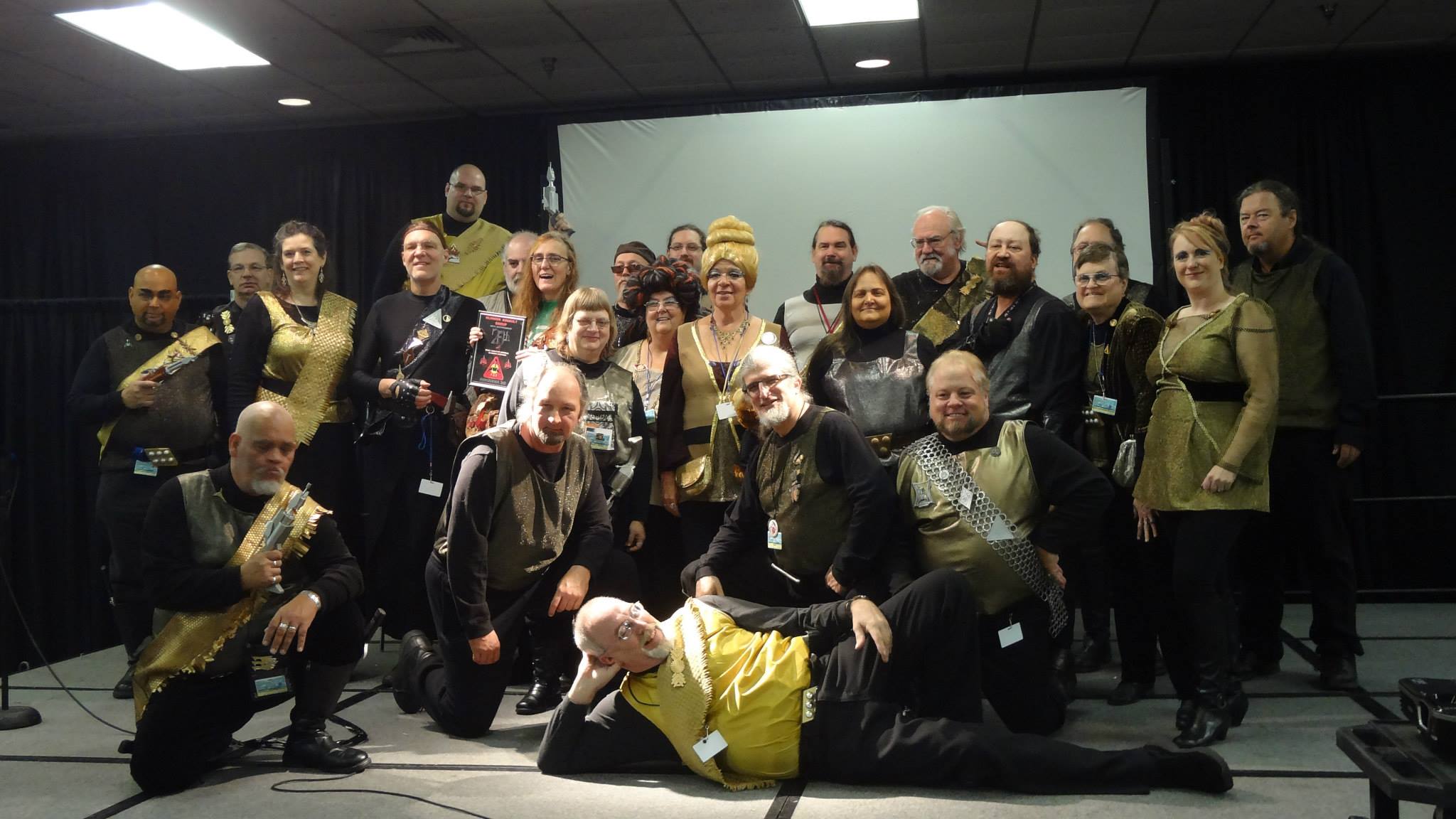 Next Generation Klingons are seen in the feature films, The Next Generation, Deep Space Nine, Voyager, and Picard are the most familiar in appearance.

This uniform often starts with a set of ridges, your ship’s Quartermaster can assist you in creating appliances, or you can purchase some from other members. They are often attached by spirit gum or latex, or as an easy-to-slip-on half-head.

Then comes the warriors armor. They are often made of rugged vinyl, and tend to be of a similar stripped design, but they also vary from ship to ship, house to house. Conquering many a glorious costume contest, these Uniforms instill awe into the hearts of those who gaze upon them!

Learn more about the Next Generation Klingon look 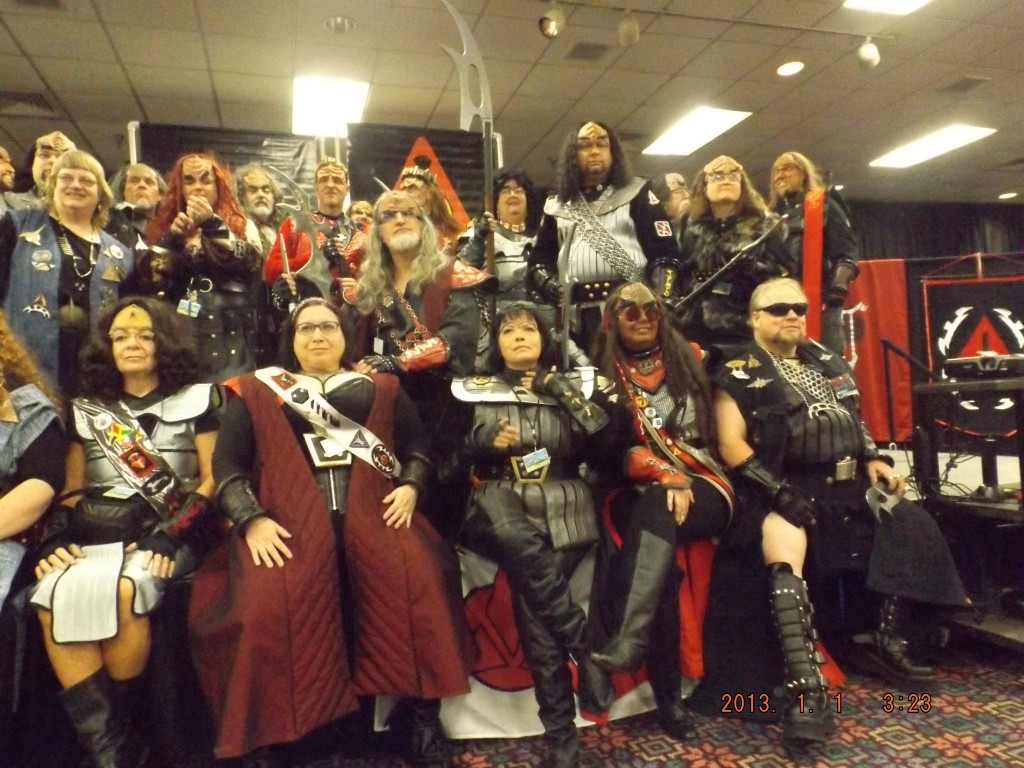 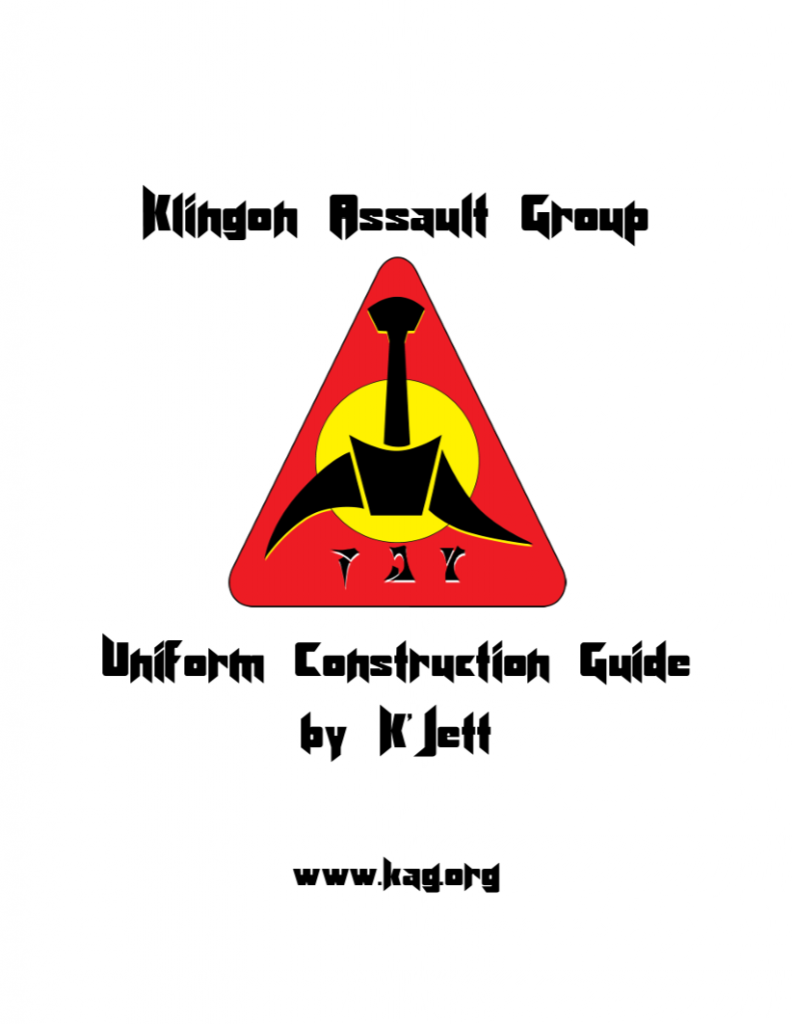 The KAG Uniform Construction Guide, by K’Jett (Jett Borkowski), contains detailed information for building your own Next Generation Klingon tunic, gauntlets, spine armor and more. There are also individual guides for additional uniform pieces on the KAG Quartermaster pages.

Enterprise Klingons are introduced in the very first episode of the show and are seen throughout it’s four seasons.

As with the Next Generation style, this uniform also starts with a set of ridges, but is joined by a more primitive set of armor made from a patchwork of leather pieces.

Learn more about the Enterprise look

Some of our members are not Klingons (shocking, I know!), but they are welcomed into our ranks as if they were.

These warriors have many choices when it comes to creating a uniform. Some wear the traditional clothing of their culture, while others adopt Klingon styles. Some even blend the two together. 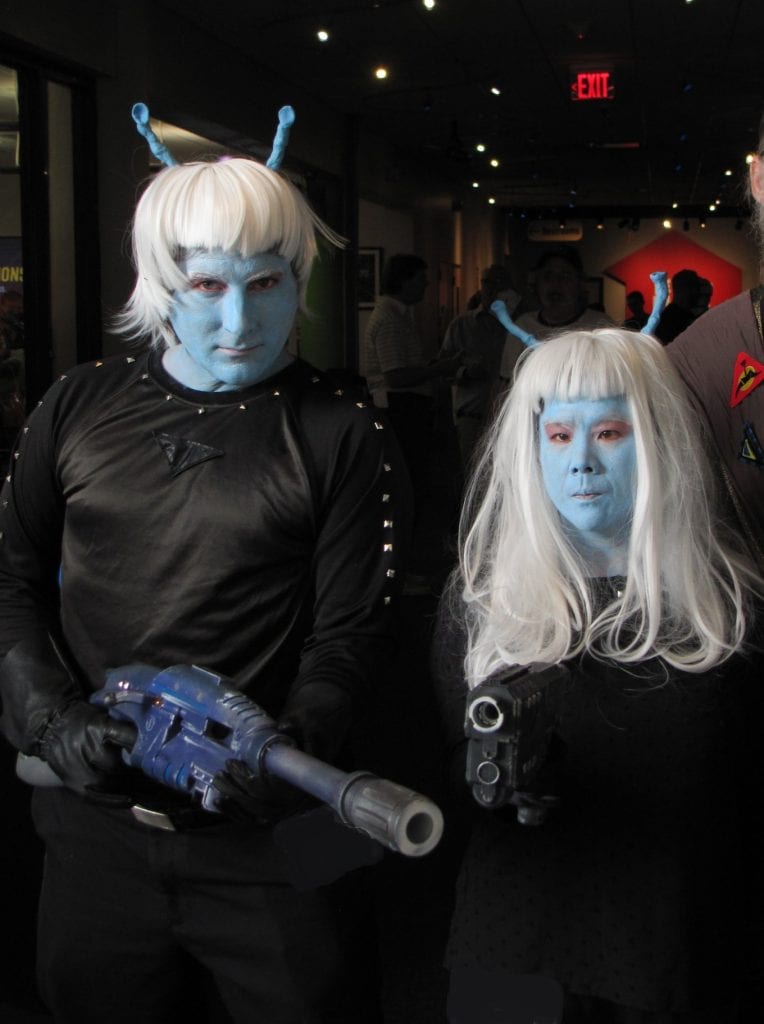 Once you have a uniform, you have taken the first step to becoming an officer. After that you just need to wear it to a public event and let your commanding officer know!

What's In a Uniform?