Ha’DIbaH lulIgh ghom loaded up the gear, and traveled to Downtown Baraboo, Wisconsin, for Downtown Baraboo’s Spring Fair On The Square, where we set up our info/recruiting table on the courthouse square. The day started off slow, but picked up quickly, as people came by to say “Hi,” to the Klingon contingent. It’s interesting to note that several people from the community were STILL unaware that there are Klingons among them, even after six years of recruiting, and community participation in this area, by our intrepid Imperial Marine contingent headquartered here. We had many opportunities to introduce ourselves to passers by, and folks who stopped to seek information about KAG and our local unit. Many expressed an interest in this type of activity, although we didn’t manage to convince any of them to sign up on the spot. This is a community of “think-it-over-ers,” who have to ponder something for an interminable time before they make any sort of commitment.

We also were visited by several frequent attendees at this event, who are coming to remember us, and even coming to expect to see us at the event each year. Some of THESE folks are becoming friends, and gradually are edging toward signing up for membership.

XO Skele enthusiastically greeted people walking in front of our booth, and managed to get there attention, which brought them over to our proximity so that we could introduce ourselves and explain what we are all about.

A number of these people sought to take holo-images of us, and with us, via their own devices, as well as posing with us for Skele to capture a few images. Some of the images accompany this report.

Even though no one signed up for membership on the spot, we still feel it was a good day, a positive day, an enjoyable day of conversation with various people. Any day that we get to talk “Trek,” or “KAG,” or just generally converse with people, is a good day. And, the weather was very cooperative. Even though it was a bit cloudy in the later part of the morning, and the afternoon, none of the “possible rain” that was forecast managed to manifest during the hours of this event – from 9 a.m. to 4 p.m. It was “GLORRRRRRIOUS!!!!” 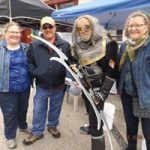 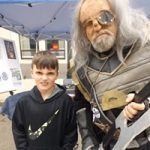 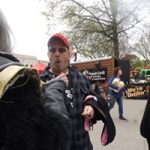 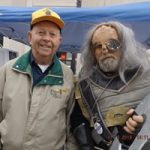 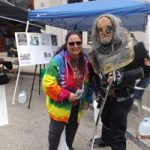 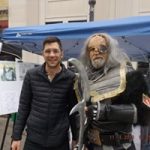 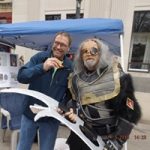 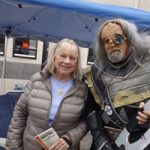 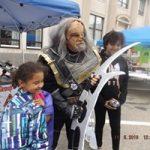 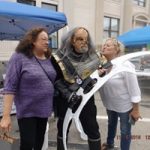 Each year, the community of Baraboo, Wisconsin holds two versions of it’s Downtown “Fair On The Square,’ a spring version and a fall version, with…