On star dates 72724.3 (04/05\2019 – 72729.9 (04/07/2019) the crew of the I.K.V. Dark Eagle. Myself 2nd Lt. Ka’Voch, Lt. Zyr’ca, and Lance Corporal TC Wolf to start. Our mission was to infiltrate the Terran’s home planet of Earth specifically the upper eastern quadrant called Maine in the central part named Bangor. Our objective was to find warriors that went missing or seemed lost. It appears that humans have a yearly event called Bangor Comic and Toy Con. When we beamed down at 0900 on star date 72724.3   and entered a structure of combat and games known as The Cross Insurance Center, we immediately saw that they dressed up and pretended to be other aliens or species. As we made our way to a table that was reserved for us, I thought to myself that our mission had been compromised and that it was time to abort. However this was not the case, as we were greeted by an individual that was an informant that was working on behalf of the Klingon Empire. Once we were set up it did not take long for a wayward warrior to find her way back to the Empire. She was given the earth name of Alexandria Rose Fox as turns out her Klingon name is Tavana, of the House of Gowron. As the day went on we had many visitors but none seemed to have heard the call of Kahless or had fire in their stomachs at the site of battle. So we beamed back to the ship for some much needed blood wine and gagh as we ate we sang songs of glory before bed. Then on star date 72727.2 (04/06/2019 we once again beamed down to the event and we were joined by fellow and lady warrior Lance Corporal Phedra Aonifall and Lance Corporal Tuy’nar. The first order of business was the promotion of Lance Corporal Phedra to 2nd Lt with honoriic of tai for completion of her uniform, Qapla’!. The second order was to give a fallen warrior that had joined the Black Fleet in Stovokor last year,Ensign nor’tauk no’ar (Norman Norwood) a death howl, for I know that he still fights with us from the honored realm.  On this day we welcomed home other warriors that were lost. Warriors Kethias (Eric Engstrom), Kali (Carol McKenzie, Martok (Michael Spader), and Tolath Gapor (Patrick Lavallee). On the last day of this glorious event of honor, star date 72729.9 we also found one last warrior half way through the day warrior Grymlock (David Mallory). These warriors all heard the call of Kahless and are worthy of the Klingon Empire in which they now serve. Prior to this event we also welcomed home two other warriors TC Wolf (Matthew Bissonette) and Wa’magrish (Michaael A Ferrell Jr.) May they be welcomed to the Klingon Assault Group as I have welcomed their service to the I.K.V. Dark Eagle. Qapla’!

The video of the Death Howl 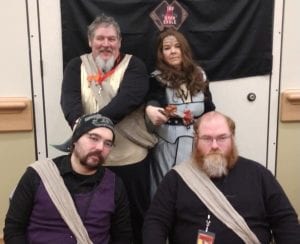 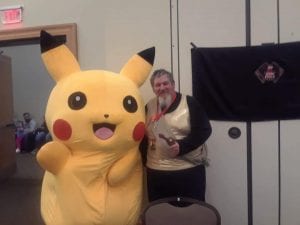 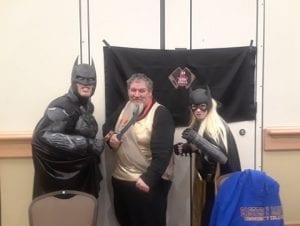 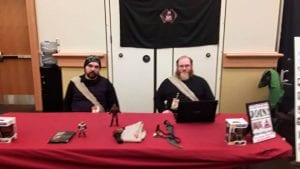 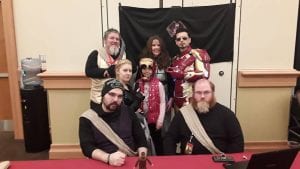 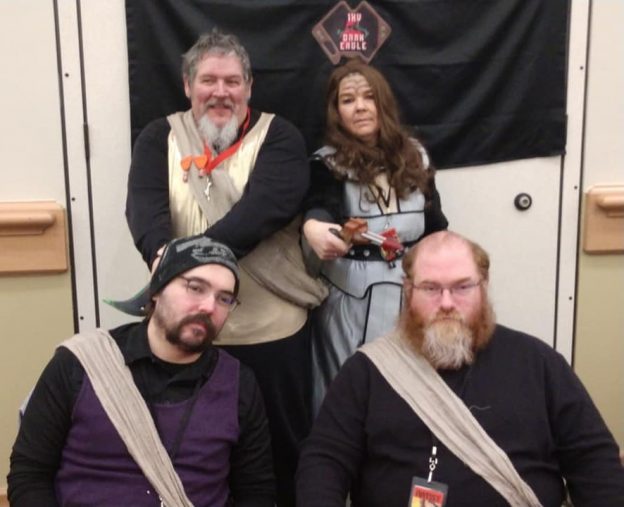