On the Terran stardate 5/4/2019, I was tasked to surveil this Fan Fest by newly promoted Brigidier maroQ, my commanding officer. I arrived with my Bajoran mate and immediately drew attention among the natives, being the ONLY representative of the Empire at this gathering. A Starfleet officer engaged me in a cordial discussion of Chancillor L’Rell and her appearance and what was in store for the Empire. My reply was to the effect of “qeylIS only knows”. As I made my way through the gathering, speaking to the local merchants of picture books (comics), trinkets (collectables) and fine examples of home made crafts, came across a depiction of a formidable warrior with a crossbow-like weapon. His species is known as a Wookie, renowned with strength enough to rip limbs off of robots! Due to this prowess, my partner and I decided to commission a portrait with the creature. We proceeded to make our way along until we encountered a deactivated automaton called a Dalek. I was able to gather that they are as relentless as the Borg. Hope THEIR collective decide NOT to come and collect him. More questions about the Empire were directed as we mingled with the natives-it seems the young ones have not been educated of the existence of the Empire, for the predominant question was “Who are you supposed to be?” SHOCKING. We also sat in on a few discussions. One dealt with a phenomenon known as “Dungeons & Dragons for Beginners” and another titled “Outlander”. This one was about a media production that dealt with a part of history that took place in one of Terras’ countries known as Scotland. It was intriguing, enough so that I may make it a topic of more research. The day seemed to be coming to a close, so my mate and I decided to watch an improvised, live-theatre Dungeons & Dragons game enacted by a local performance troupe. The players were imaginitive, resourceful and keen to involve the pre-teen spectators in the ritual of the “dice-rolling” to determine the success or failure of tasks the players needed to perform, much to the delight and amusement of the audience. Made it a point to contact the event organizers there to express our enjoyment of the day and that the representatives of the Empire look forward to the next time our presence is encouraged and welcome. QAPLA’!!! 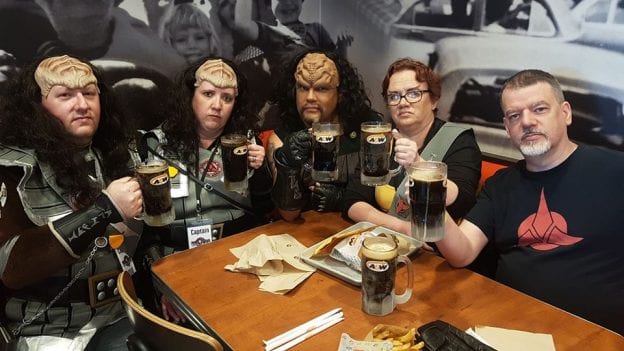 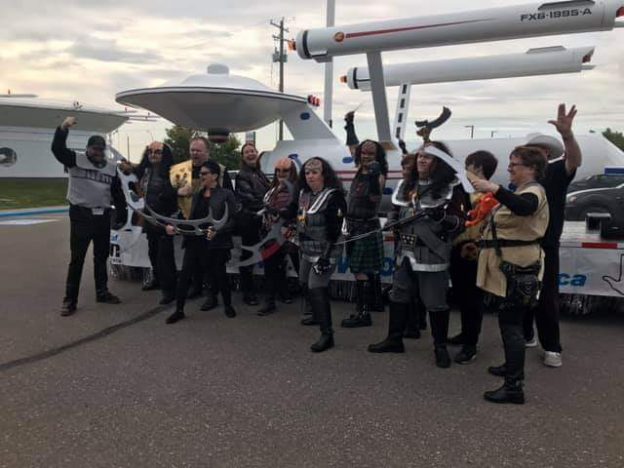 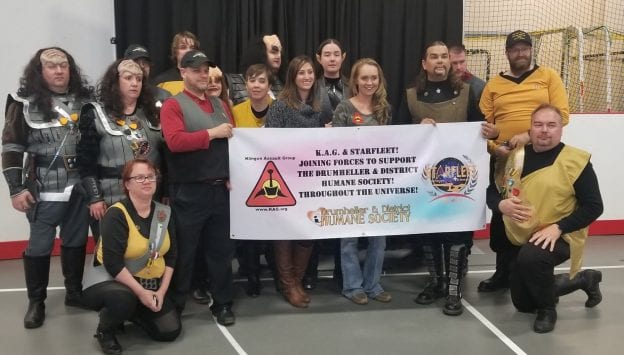