Members of the crew of the IKV Executioner of Dark Star Quadrant warped to Statesville, NC early on February 8, 2020 for the Statesville Comic Con. It was a new battlefield for the ship and we wanted to present our best KAG face forward, so we combined weapons display and a few collectible pieces for our table display. Our fundraiser was once again Kwanzaa Family Inn women’s shelter which the CO, IXL Brigadier Keela zantai-Septaric, was the former Housing Director. Chief Medical Officer Lt. Martok “The General” vestai-Martok, Chief Medical Officer, brought items to sell to raise funds and other display items. Lt. Cmdr. Kas’Duj, Chief Engineer, assisted with set up and take down and participated throughout the day as well.

Along with the fundraiser for Kwanzaa, the IKV Executioner crew took donations of used eyewear for the Lions Club as well. The crew collected 14 pair of glasses prior to the con and have accumulated an additional 7 pair since then. An initial hail has been made to our local Lions Club contact, but so far no response.

It was a hard fought battle, but we were fortunate to be stationed next to the food replicators and delicious meals were served to the attendees at a price which meant they had to go past our KAG table to acquire it. We got several inquiries on recruitment. One of them was a young Borg whose parental unit may also join. Resistance is futile! Kas’Duj had fun sparring with the young drone. Ever playful, Kas’Duj also could not help acquiring another souvenir for the KAG table to the shock of a neighboring vendor.

$292 in cash was raised and $78.61 in Square donations. Many thanks to all who gave and purchased. A battle notch is to be awarded to each participating Warriors.

Afterwards, Martok left for his home coordinates and Keela and Kas’Duj warped to the Boxcar Grill for A Good Day to Dine. We were escorted to a deserted part of the restaurant to eat which was insulting, but what can you do? The meal was great and the service was good. Keela and Kas’Duj each received an additional battlenotch for their representation. 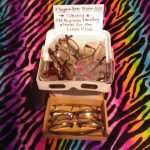 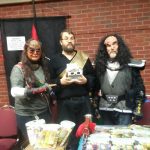 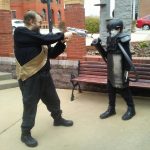 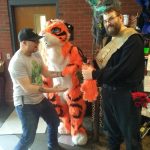 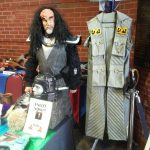 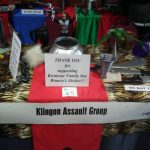 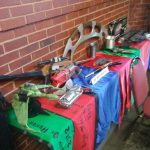 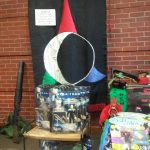 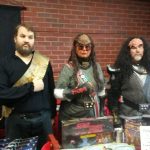