The Windsor Comicon was upon us for the first KAG event in the sector of Windsor. All went according to plan and the jail and bail was set for the event. The charity know as Caring Hearts Food Bank did all they could to help. The table was set with the Klingon flag and banners set. Weapons, Ships and books about our culture were set out for all to see and learn about Klingons. In attendance the first day was B’rella quktoQ (Meaghan Phonix), K’lawloS vestai MoaGh(Gerald Duke), norghloS lungqlj (David Atkinson), Xyannis sutai Tasogare (Lisa Nassy-Harrison), Chal-Mek (Chris Harrison). The day was glorious capturing criminals on a number of charges and asking trivia questions to gain their release as the day went on, each of us showing our knowledge of Klingon and Trek lore. We did our best and broke over $100 in the first day. We were put right across from the 501st so I had something special planned for the second day of the event.

On this day we had much more of a good time knowing what we expected out jail and bail was slowed only by a presentation of the Klingon culture for those who wanted to learn. On that day, songs will be sung.  For two of our Windsor Klingons came out of their long slumber.

Lieutenant K’Taz (Don Drake) and Commander Nosaj Ekard (Jason Drake). Bringing our total up to 7 Klingons for the event. It was good to see more brothers come out to the battle. We also had Karis sutai Tasogare (Chris Harrison) make his appearance.

The Surprise for the 501st was Jar Jar Binks’s head severed from his body by the Klingons. It was something the empire could never do but we succeeded Qapla’ !!!

At 10:30am We made our way to set up for the Klingon presentation. We talked from ancient times when we killed our gods to present day mating rituals. In total 4 of us talked about the culture and educated the people We do have some video to follow.

After the presentation it was back to chasing people down and arresting them. This time we had the arrest warrants ready and charges were from liking tribbles to having bad fashion sense. Again that day the work was hard and the stockade I made got in good use. We even arrested a sea creature, a shark I believe it was called. In all another $100 was made for the Caring Hearts Food Bank.

The Next day stardate 09232019 a small presentation was made to Russ and his wife by KAG. The final total was $232.00 A card of thanks was given to the participants of the event and much thanks.

Special thanks to Chris Curran for the use of his Shackles and banner. 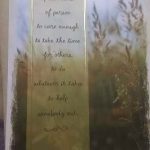 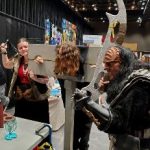 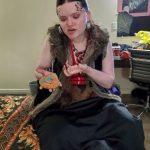 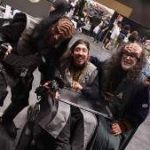 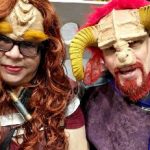