The IKV Executioner hosted a recruitment and fundraising table at the recent Inside Pitch Toy Show at the Hickory Metro Convention Center on October Saturday, October 12, 2019. Ship CO, IXL Brigadier Keela and crew persons, IXL Lt. S’Risha tai and newly assimilated targ, J’ack, attended the event. Funds were raised for Kwanzaa Family Inn in the amount of $250, split between normal donation of $200 for normal expenses and $50 set aside for petty cash fund. Petty cash is used to purchase needed supplies quickly on an emergency basis.

The battle was hard fought and the ship really missed the presence of Lt. Martok (the General) vestai. He injured himself in a battle with the deck he was building at his home coordinates. Healing energies and good thoughts are winging his way so that he can return to battle soon.

J’ack helped tremendously with his cute presence which earned him the nickname of “Magic” J’ack.

Thanks to all who donated. Everyone who participated receives a battle notch. Qapla’! 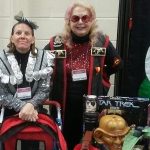 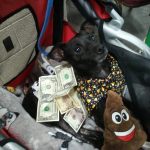 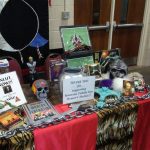 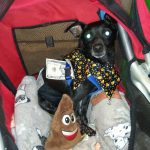 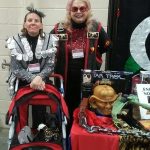