Cadet 2nd Lieutenant ‘etlh mach tai- and I rendezvous with Lieutenant Commander Jorn vestai-VamPyr of the recruitment depot to conquer uncharted territory looking to grab glory for KAG and the empire. We set our target on Supercon 2018 in the Greater Fort Lauderdale area . Earlier reconnaissance reports showed very little to no Klingon activity in the area. Our mission is to bring the glory of the Klingon Assault Group to the inhabitants of this sector.

While cadet ‘etlh mach was disguised as a Human in StarFleet . We were able to take over the con , that and we were the only Klingons attending. Many, including StarFleet themselves had to stop and take pictures with us. They were starving for Klingons. I can’t count how many times we were stopped. The cadet was getting a bit restless with all the attention stopping him from what attracts a 15 year old, Many business cards were handed out after long conversations. We sat and listened to a few humans Luke Cage (Mike Colter) and Captain Kirk (William Shatner). While the cadet sat in on “The women of Overwatch”. It was a fun experience and productive day.

I have to do this again! 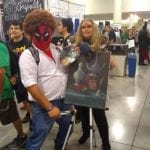 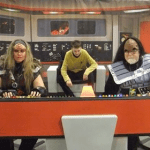 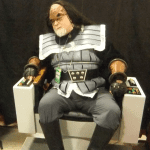 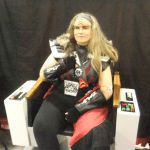 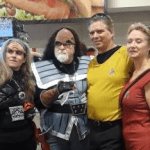 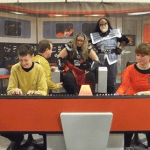