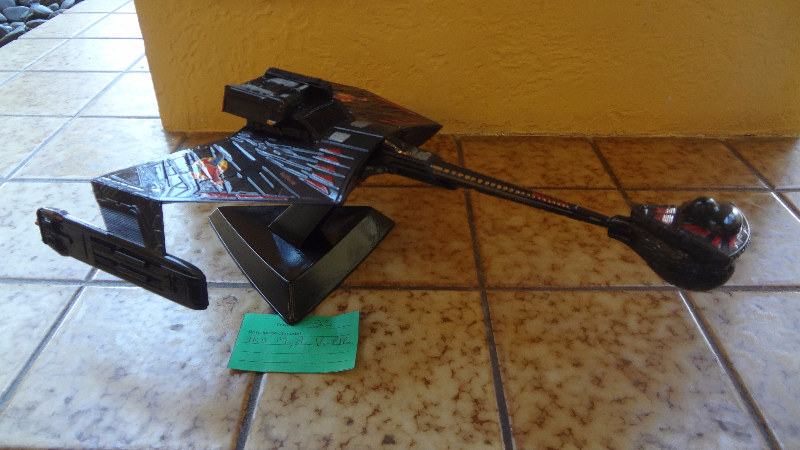 AER: IKS Mystic VamPyr Starfest 2015
Starfest http://starfestdenver.com/ was in April and I have never gotten a chance to report on it yet.,
Holoimages can be found here http://www.housevampyr.com/gallery/piwigo/index.php?/category/397
Thursday
We arrived early Thursday to prepare for the Convention.
We checked in and headed for the suite to setup for the IKS Mystic VamPyr/House VamPyr Party.

I turned in my submission to the model Room..

We played games and had a great time.
Friday
Friday we started Klingon programming at noon. See here for full schedule of Klingon Panels. http://www.housevampyr.com/klingonfeast//index.html Programming ran until Midnight.
Saturday
Saturday began with a hurried rush to get things up and running. We were lucky to be able to video conference in Jen Usellis-Mackay Klingon Pop Warrior! Programming ran until Midnight.
Sunday
Sunday began with a hurried rush to get things up and running.
Klingon  BOP and Klingon Tribble Hockey are hits with the kids, and some of the older warriors. Programming ran until Midnight.
Battle notches to the following
Ri’saH